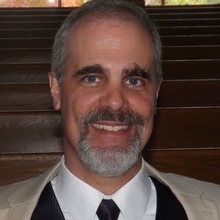 Mike Cerrone is the host of SUCCESS CALLS on the Master Mind Agent Network. Mike interviews the top real estate agents in the nation who sell up to 50, 100, 200, 300, and even 500+ homes per year. These amazing agents share their success secrets, strategies, and systems. Mike believes it's easier to learn from those who've already figured it out, then to try and re-invent the wheel.

Mike sold real estate and had a successful 17 year career. It was bumpy and slow in the beginning. He was hard-headed and wanted to do it "his own way". It was a rough road.

Mike eventually "woke up" after years of struggling. He "broke down" and just modeled the top agents. Business took off. In his best year, he sold 113 homes and was listed in the Top 300 Salespeople in America by the National Association of Realtors Magazine.

Mike wanted to help other aspiring agents. He remembered that his career "doubled twice" when he started "modelling" the top agents. Now he searches for top agent "best practices", documents what he learns, and shares that knowledge with agents who want take their career to the next level.